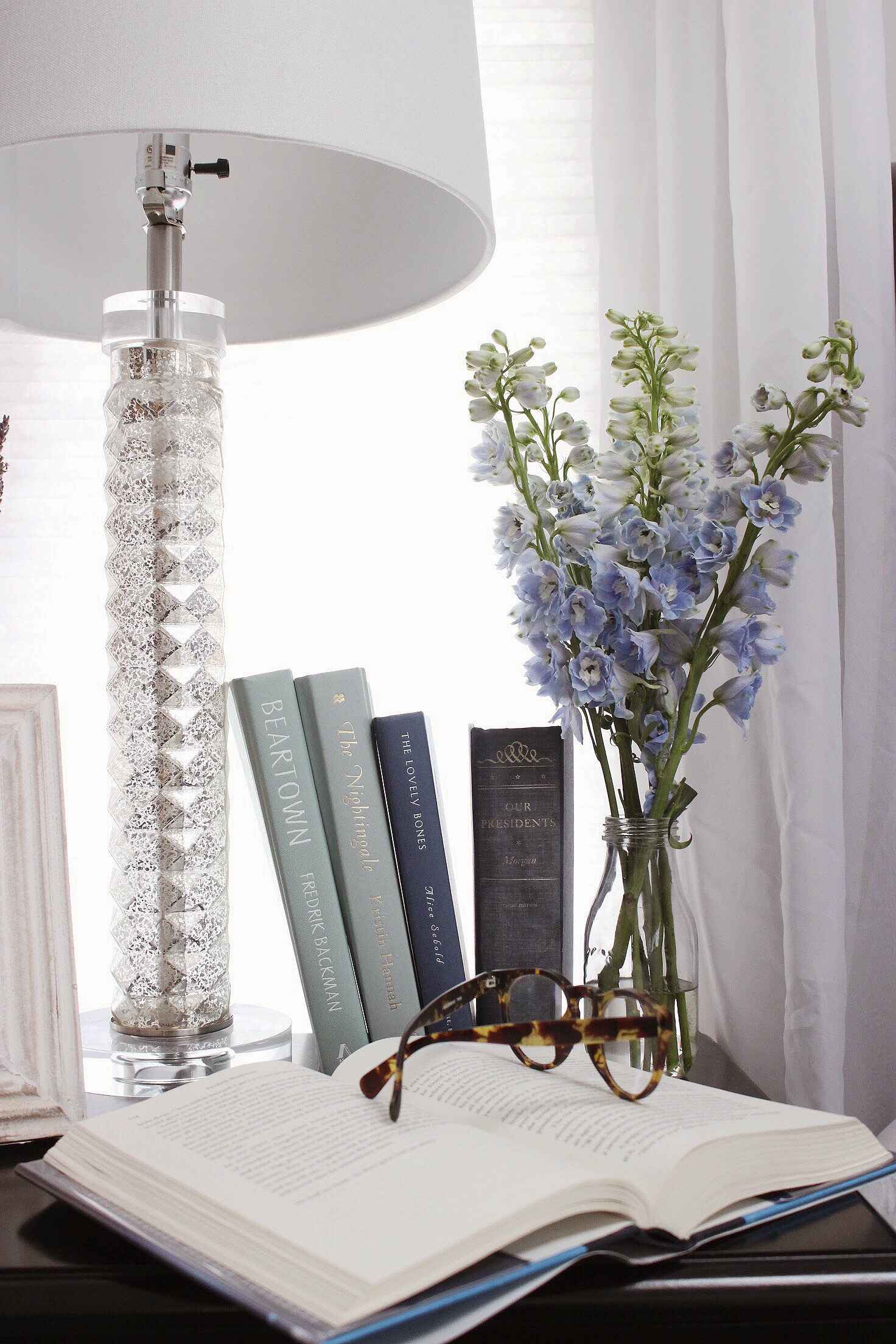 There’s no better feeling for me than cracking open a new book. The simplicity of the pages, vs staring at my phone or screen all day, feels like the perfect escape. In those pages I learn about people I may never meet and places I may never travel but at the end of the story they feel all too familiar.

My goal for 2018 was to read 13 books and I hit the mark by year’s end. Some of those 13 were not only my favorite reads of the past few years but of my lifetime. Some of these 13 I loved so much I  purchased them so I could have them forever.

If you’re looking for a new read then hopefully these will give you a head start. P.S. you can find me on GoodReads if you want to see what I’m reading next.

In the past two years I’ve discovered Kristin Hannah’s writing and fallen in love with it. So much so that what I consider one of my all-time favorite books “The Nightingale” was written by her. Once I heard that she was releasing something new I knew I had to pick it up. “The Great Alone” is based in Alaska and focuses on a family that struggles not only with the wild landscape but also their ex-Vietnam vet Father’s mental state. One thing I love about Hannah’s writing is her ability to build out characters that you instantly fall in love with. Leni and Cora, the mother and daughter in this story, relay that entirely and shine as strong female heroes. This was one of those books I couldn’t put down. By the end I wanted to book a plane to Alaska to see the beauty of it all – just maybe not to this fictional town.

Amazon summary: “Set in 1974 Alaska, this sweeping tale follows a girl coping with the dangers of domestic violence. Though ill-prepared for the extreme and harsh conditions, 13-year-old Leni and her parents, Ernt and Cora, have to learn how to survive in the unforgiving wild of their new home on the Kenai Peninsula. With the help of the small-knit community of endearing fellow homesteaders, the Allbrights manage to just barely stay afloat. But Ernt, who has never recovered from the trauma of fighting in the Vietnam War, struggles with the isolation and the interminably dark days of winter. Leni grows up witnessing her father (who is increasingly unable to control his paranoia and jealousy) abuse her beloved mother. Leni’s greatest comfort and escape is her schoolmate and neighbor Matthew. Over the years, their friendship evolves into a forbidden romance. Hannah highlights, with vivid description, the natural dangers of Alaska juxtaposed against incongruous violence.”

I’ll start this out by saying there’s not enough good things I can say about this book. It was one that I instantly fell in love with and ended up finishing within 72 hours – which is an accomplishment for a 432 page book. You may recognize the author, Frederik Backman, from “A Man Called Ove” but the Beartown series is a departure from his normal writing style. Again, I fell in love with the characters (especially Benji) and rooted for even the ones who did the most damage. I’m convinced that this series – I just started the finished the second book “Us Against Them” – would make a perfect teen drama, similar to a One Tree Hill reboot. The CW, you know where to find me.

Amazon summary: “People say Beartown is finished. A tiny community nestled deep in the forest, it is slowly losing ground to the ever-encroaching trees. But down by the lake stands an old ice rink, built generations ago by the working men who founded this town. And in that ice rink is the reason people in Beartown believe tomorrow will be better than today. Their junior ice hockey team is about to compete in the national semi-finals, and they actually have a shot at winning. All the hopes and dreams of this place now rest on the shoulders of a handful of teenage boys. Being responsible for the hopes of an entire town is a heavy burden, and the semi-final match is the catalyst for a violent act that will leave a young girl traumatized and a town in turmoil. Accusations are made and, like ripples on a pond, they travel through all of Beartown, leaving no resident unaffected. Beartown explores the hopes that bring a small community together, the secrets that tear it apart, and the courage it takes for an individual to go against the grain. In this story of a small forest town, Fredrik Backman has found the entire world.” 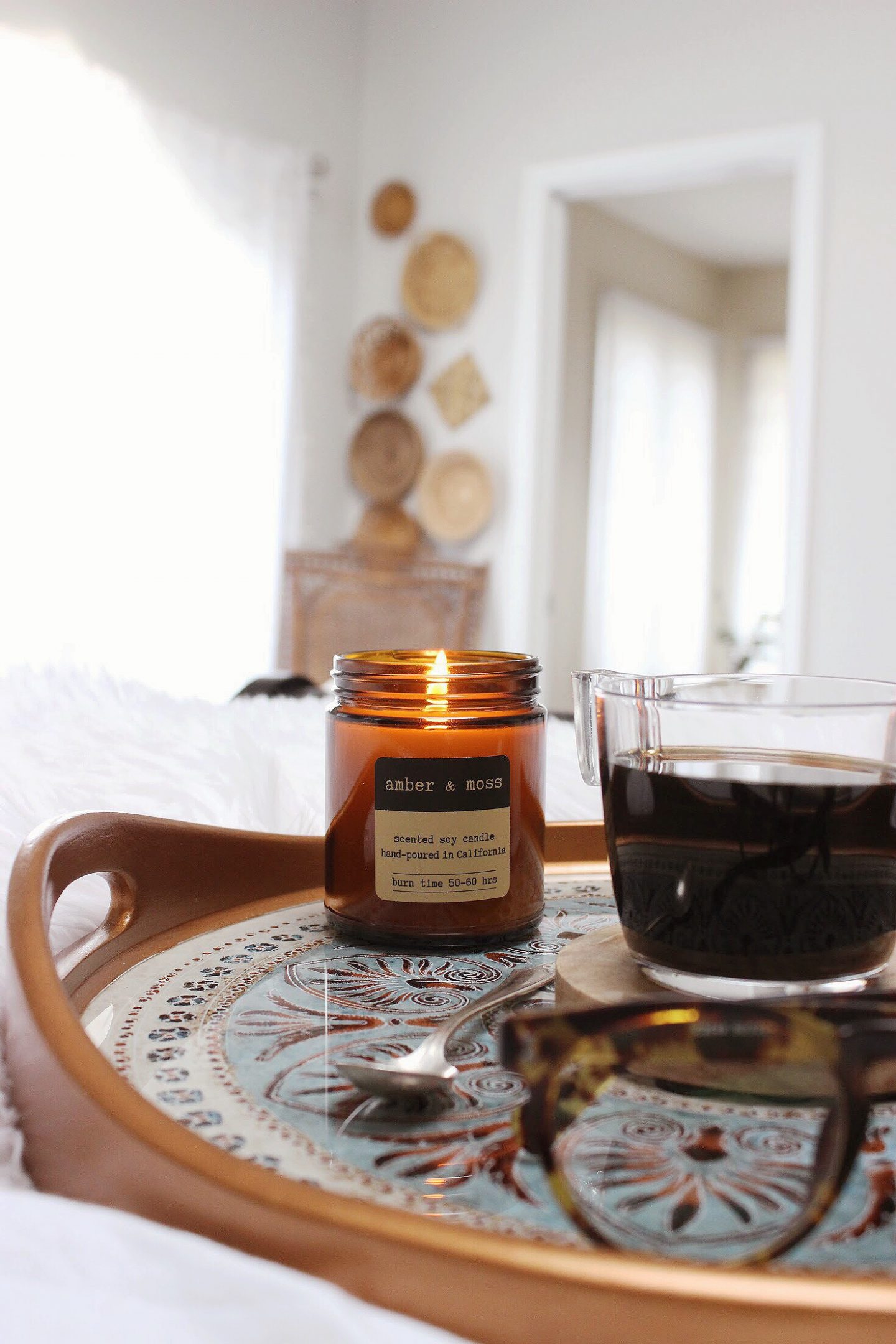 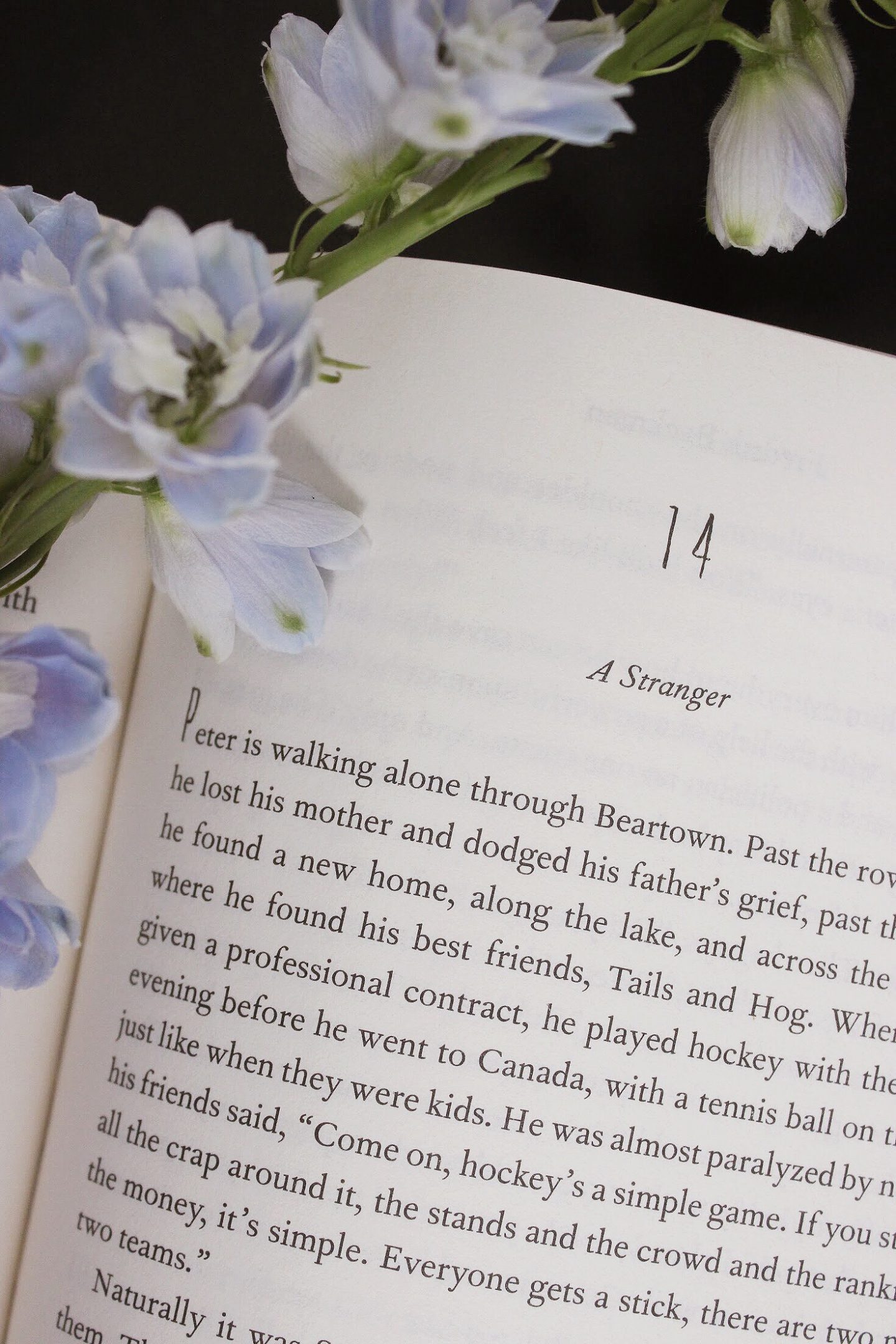 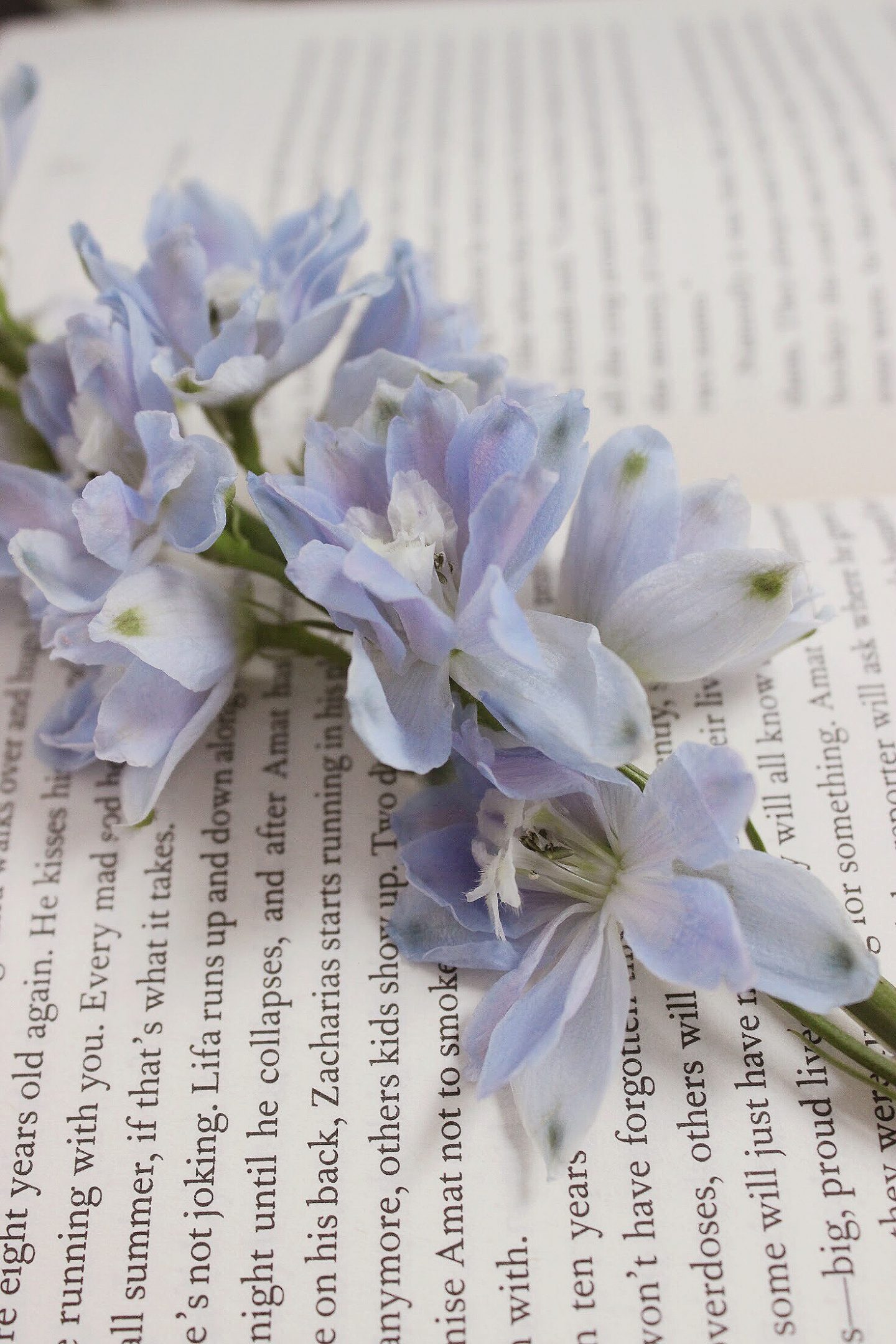 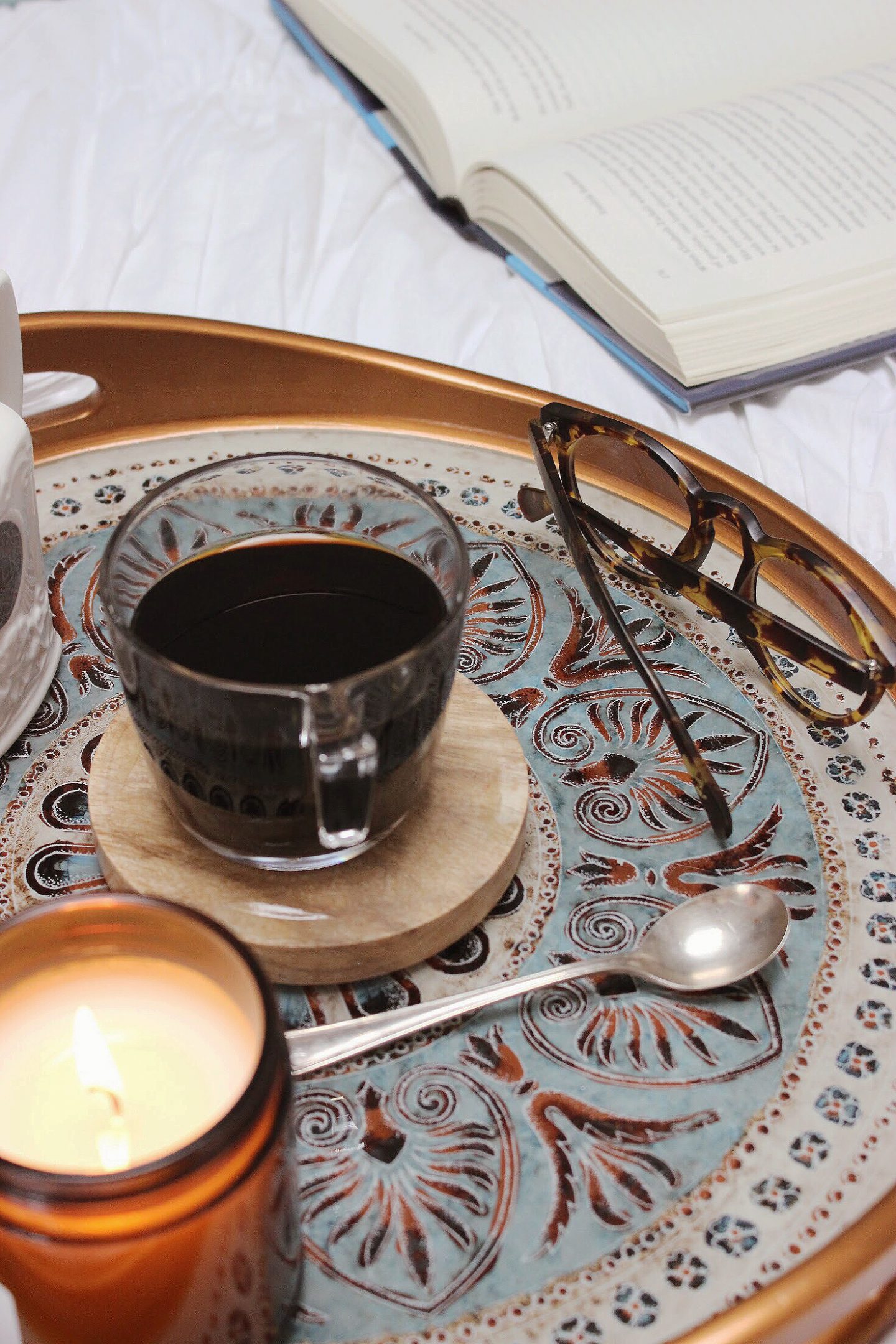 I had first noticed this book as it topped Best Seller lists everywhere and after reading I understood why. Although I did find it a bit slow at times it still was very engulfing and emotional. Again, the characters in this story – the weathly/picturesque Robinson family and the artsy mother Mia and her daughter Pearl – have a piece of them that everyone can relate to. They’re complex and unexpected with the ways they weave in and out of each other’s lives. This is one of those stories that starts at the end, a fire at the Robinsons house, and moves backwards to show how we got to that point. I’m never quite sure how I feel about that type of writing but it works in this scenario. I was constantly re-formatting my opinions and normally they were never completely on target. Fun fact: today I learned that this is set to be a limited series on Hulu featuring Reese Witherspoon and Kerry Washington so I’d read it now while you still can!

Amazon summary: “In Shaker Heights, a placid, progressive suburb of Cleveland, everything is planned – from the layout of the winding roads, to the colors of the houses, to the successful lives its residents will go on to lead. And no one embodies this spirit more than Elena Richardson, whose guiding principle is playing by the rules. Enter Mia Warren – an enigmatic artist and single mother – who arrives in this idyllic bubble with her teenaged daughter Pearl, and rents a house from the Richardsons. Soon Mia and Pearl become more than tenants: all four Richardson children are drawn to the mother-daughter pair. But Mia carries with her a mysterious past and a disregard for the status quo that threatens to upend this carefully ordered community. When old family friends of the Richardsons attempt to adopt a Chinese-American baby, a custody battle erupts that dramatically divides the town–and puts Mia and Elena on opposing sides.  Suspicious of Mia and her motives, Elena is determined to uncover the secrets in Mia’s past. But her obsession will come at unexpected and devastating costs. Little Fires Everywhere explores the weight of secrets, the nature of art and identity, and the ferocious pull of motherhood – and the danger of believing that following the rules can avert disaster.”

Harry Potter and the Sorcerer’s Stone

Okay I’ll admit that this is a cheapie because I’ve read the entire Harry Potter series before. However when we went to Aruba I re-downloaded the series on my Kindle for another go at them. I originally read the series back when they first came out in the 90s but there was such a difference in reading them as an adult. I had forgotten how great J.K. Rowling’s storytelling is and how detailed the imaginative world of Potter can be. Although the movies are fantastic and easily accessible there’s something so nice about hearing the story straight from the author’s mouth. I want to make my way back through the series this year since we all know you can never really grow out of that fandom.

Amazon summary (in case you’ve been living under a rock): “Readers are in for a delightful romp with this award-winning debut from a British author who dances in the footsteps of P.L. Travers and Roald Dahl. As the story opens, mysterious goings-on ruffle the self-satisfied suburban world of the Dursleys, culminating in a trio of strangers depositing the Dursleys’ infant nephew Harry in a basket on their doorstep. After 11 years of disregard and neglect at the hands of his aunt, uncle and their swinish son Dudley, Harry suddenly receives a visit from a giant named Hagrid, who informs Harry that his mother and father were a witch and a wizard, and that he is to attend Hogwarts School of Witchcraft and Wizardry himself. Most surprising of all, Harry is a legend in the witch world for having survived an attack by the evil sorcerer Voldemort, who killed his parents and left Harry with a lightning-shaped scar on his forehead. And so the fun begins, with Harry going off to boarding school like a typical English kid?only his supplies include a message-carrying owl and a magic wand. There is enchantment, suspense and danger galore (as well as enough creepy creatures to satisfy the most bogeymen-loving readers, and even a magical game of soccerlike Quidditch to entertain sports fans) as Harry and his friends Ron and Hermione plumb the secrets of the forbidden third floor at Hogwarts to battle evil and unravel the mystery behind Harry’s scar. Rowling leaves the door wide open for a sequel; bedazzled readers will surely clamor for one.” 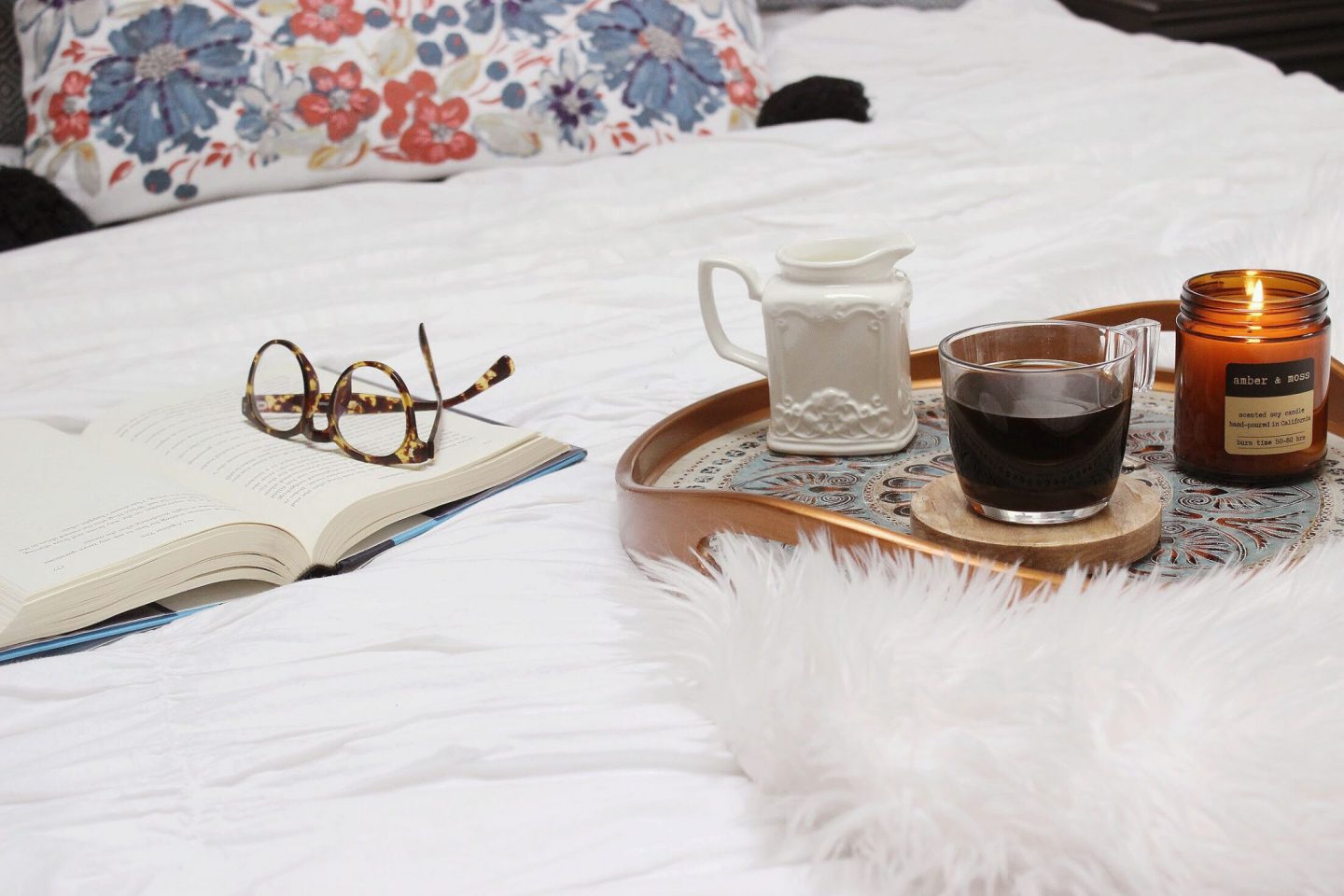